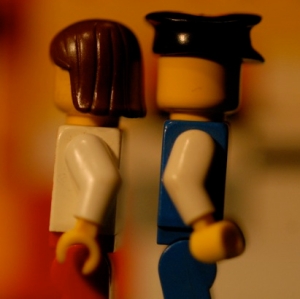 Over the past year or so, I’ve had repeated cause to wonder why we Australians struggle to admit we’re racist.

Racism’s been in the news often enough. First it was violence against people from subcontinental backgrounds in Melbourne. Then there was the notorious ‘blackface’ incident on Hey Hey, It’s Saturday. And, over the weekend, we hear that Ken Wyatt — who will quite probably be the new member for Hasluck in WA — received rafts of hate mail from people claiming they wouldn’t have voted for him if they’d known he was an indigenous Australian.

Every time it hits the headlines, public figures are quick not only to distance themselves but to claim that Australian’s aren’t really racist. So what stops us admitting that racism is deeply ingrained in us?

When I pose this question in conversation, I’m typically greeted by a ‘Yes, but…’ response. Someone will agree that racism is simmering away in Australia. Yet with the next breath they’ll cite all manner of contextual factors — not to excuse it but simply to help me understand.

Up to now, my tactic has been to suggest (following Raimond Gaita) that it isn’t necessarily un-Australian to be ashamed of something in our collective experience — past or present. Shame isn’t only compatible with love for our country. It can be a form of love. A way of claiming ownership. For if I didn’t identify as Australian, why would I care that we seem to have this racist streak?

But I’m thinking about taking another angle, adopting Slavoj Zizek’s description of a “postmodern” racism that follows a distinctive trajectory when confronted with racial violence:

He or she of course begins by expressing horror and repulsion at the … violence, yet is quick to add that that these events, deplorable as they are, must be seen in their context: they are actually a perverted, distorted expression and effect of a true problem, namely that in contemporary Babylon the experience of belonging to a well-defined ethnic community which gives meaning to the individual’s life is losing ground… In short, the true culprits are cosmopolitic universalists who, in the name of “multiculturalism”, mix races and thereby set in motion natural self-defence mechanisms. Apartheid is thus legitimized as the ultimate form of anti-racism, as an endeavour to prevent racial tensions and conflicts… (‘The Violence of Liberal Democracy’, Assemblage 20 [April 1993])

Maybe what stops us admitting we’re racist is … our racism.