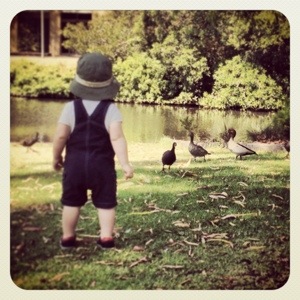 I’ve been meditating on the readiness the Apostle Peter summons Christians to in these famous words from 1 Peter 3.13-16:

Now who will harm you if you are eager to do what is good? But even if you do suffer for doing what is right, you are blessed. Do not fear what they fear, and do not be intimidated, but in your hearts sanctify Christ as Lord. Always be ready to make your defence to anyone who demands from you an account of the hope that is in you; yet do it with gentleness and reverence. Keep your conscience clear, so that, when you are maligned, those who abuse you for your good conduct in Christ may be put to shame.

It’s breaking with the received wisdom on apologetics, but I seriously doubt that what Peter is after when he tells us to ‘always be ready to make a defence’ and give ‘an account of the hope that is in us’ is either dropping into exam-mode or playing amateur detective.

You’re probably familiar with exam-mode apologetics. They’re the conversational equivalent of the pat answers my Theological College study group and I used to memorise and trot out in exams — no doubt totally boring our markers with our blandly uniform responses and shared errors of fact.

You know you’re in the presence of exam-mode apologetics when statistics, incisive quotes (David Foster Wallace on worship is a favourite), and whole trains of thought get rehearsed with mechanical efficiency — and mechanical soullessness.

The amateur detective thing, by contrast, is the stock-in-trade of an apologetics that majors more on method than matter. Here it’s the sequence of incisive responses and well-chosen questions slowly but surely leading your conversation partner to the point of exposing their logical incoherence that give the game away.

Either way, I’m starting to chafe against any kind of ‘conversation on rails’ approach to apologetics. What you end up with hardly seems worthy to be called a conversation.

I’m increasingly convinced that genuine conversations that nevertheless display the readiness Peter calls for will be marked by the sort of ‘relaxed insistence’ of a parent recounting their child’s exploits.

That is to say, such conversations will ooze love with a kind of unsystematic combination of relaxed expansiveness (as a parent I’m well aware of my tendency to go on and on about my infant son) and thematic concentration and insistence (I’ll often return to the same territory over and over again, relating the stories that seem best to capture my son’s emerging character and personality).

We struggle to do this on the one hand because the Christian apologetics industry keeps promising — and the New Atheists et al seem to keep demanding — something more effective.

The hope here is for a neat apologetic equation. One we can plug every conversation into. Crank the handle. And watch a proof for God’s existence pop out.

This hope is vain because even the best equations keep either generating a puzzling remainder — like the troublesome persistence of gratuitous suffering in the world — or requiring us to supply some annoying and arbitrary-feeling ‘constant’ — a metaphysical fudge factor like the conflation of existence and essence in Anselm’s infamous ontological argument.

But the other — and perhaps deeper — reason we struggle to embrace the ‘relaxed insistence’ of a parent (or lover) is because it leaves us on the sidelines. Merely spectating. Like a parent watching their kids play sport.

There’s a confrontation to be sure. The imminence of an outcome can’t be doubted. Someone will win and someone lose.

But Christian readiness requires us to admit we aren’t competing. And be OK with that. Because we’re not players in this game. We’re not even fans — wielding our God like some talisman.